As mentioned in my introductory post, this blog is the partial answer to an earnest prayer one wintry morning of 2013. Likewise,  I began praying in January 2014 ‘God, give me a ministry effort to be involved in…’

Folks, be careful what you pray for! Because I am here to tell you… GOD WILL ANSWER. And in a very concrete way! This last Spring, out of the blue on a sunny Saturday afternoon, I received HIS answer and subsequently two weeks later attended the National Summit Against Sexual Exploitation in DC with virtually a complete stranger! (But that’s another story.) What I learned shook me to my core and now my mission is unrelenting… CHRISTIAN WOMEN must be the ones cracking the door wide open for Christians to start discussing the harmful effects of pornography and pornography addiction. I pray you are equally disturbed by my findings and will join me in my mission.

1) The question is not IF your child has seen pornography. But ‘How much and what kind?’

The sad, sobering TRUTH is…

In March of 2014, the World Wide Web turned twenty-five years old. Think about it? Since the birth of the web twenty-five years ago, a pornography consumer no longer has to suffer the humiliation of physically going to a brick-and-mortar establishment to make his or her purchase from a real-live human being. Due to the ‘Net,’ he or she now has access to pornography 24/7 in the privacy of their homes for FREE.

“Pornography is getting more violent and more deviant. When a young child or teen finds pornography online, he/she will find images that are more disgusting, shocking, and hardcore than EVER before.” ~ Russ Warner of Content-Watch

Hardcore pornography includes gagging, hog-tying, choking, gang-rapes, etc.. This is NOT over-dramatizing. Whether exposure is accidental or intentional, with just the click of a mouse, our children are being exposed to this monstrous evil.

2) It is no longer the twenty-something-year-old-girl that pornography users are SEARCHING for, it is your pre-pubescent daughter.

My  intent is not to scare you. But I have been naive. We all have been naive. For our children’s sake, we can no longer keep our heads in the sand. The ANONYMITY of the internet has unleashed the beast of anti-social behavior on western society as never seen before in our lifetimes.

“We can no longer assume the only people who would stoop to prey on children are unemployed drifters.” James T. Hayes Jr. ~ Homeland Security

The devil is so crafty in how he tempts each one of us. The reason sexual sin is so prevalent among Christians is because it is regarded as so shameful. The devil knows this and uses guilt and the fear of exposure to keep Christians with pornography addictions from coming forward; enslaving many to a lifetime of bondage and secrecy including many of our loved ones!

The worst thing we can do is assume this couldn’t happen to us: our spouses, our children, etc.. An attitude of dismissal is costing us our families, our communities, and most importantly; our children’s precious innocence

4) It is no longer just a ‘Guy’ problem, GIRLS are equally exposed to it and developing addictions at an alarming rate.

The Greek translation for the word pornography is ‘sexually immoral.’ A typical pornography problem often starts with an innocent curiosity about something seen or heard. When we understand pornography includes ALL depictions meant to invite a sexual interpretation and incite sexual feelings, then we see ‘mainstream’ media choices as actually working as ‘gateway’ drugs to more secret, addictive forms of pornography.

Pornography objectifies people! Do we want our children regarding pornography as the gold standard for relationships, sex, or intimacy?

“Lurking behind every screen in your home is a portal of devastating potential.” ~ Craig Gross.

We must be vigilant in our homes. NOTHING good can come from pornography. What the EYE SEES, eventually leads to what the mind wants! Further, the more pornography becomes NORMALIZED in our society, the more young women will be targeted as objects to be despised, violated, or even killed as evidenced by this recent news story:

5) The ENEMY is not your spouse, your parents, your religious leader, political leaders, or anyone else who has ever hurt or disappointed you.

Believe it or not, it’s not even the pornographer. It is the devil! And ‘the thief comes only to steal, kill, and destroy.’ (John 10:10) He wants us to fight amongst ourselves so that we are distracted. If we want to fight this enemy, we MUST unite in purpose!

As Christ followers, we have to START by extending God’s amazing grace to others (as well as ourselves) in order to ignite such life-giving change. ‘For ALL have sinned and fallen short of the glory of God.’ (Rom. 3:23) Further, we must remove the ‘taboo’ from talking about pornography and the stigma attached to those affected. Courage multiplies. Healing multiplies. CHANGE multiplies. Awareness is the doorway to action. For me, it is the CALL to action.

“Redeemed WOMEN OF GOD have tender, merciful hearts; backbones of steel; And hands that have been trained for battle.” ~ Stasi Eldridge

For the reader’s ease, I’ve eliminated footnotes. If you would like to receive an unabridged copy of this post, please email at contact@ameaningfuljourney.com

Joining Coffee For Your Heart: 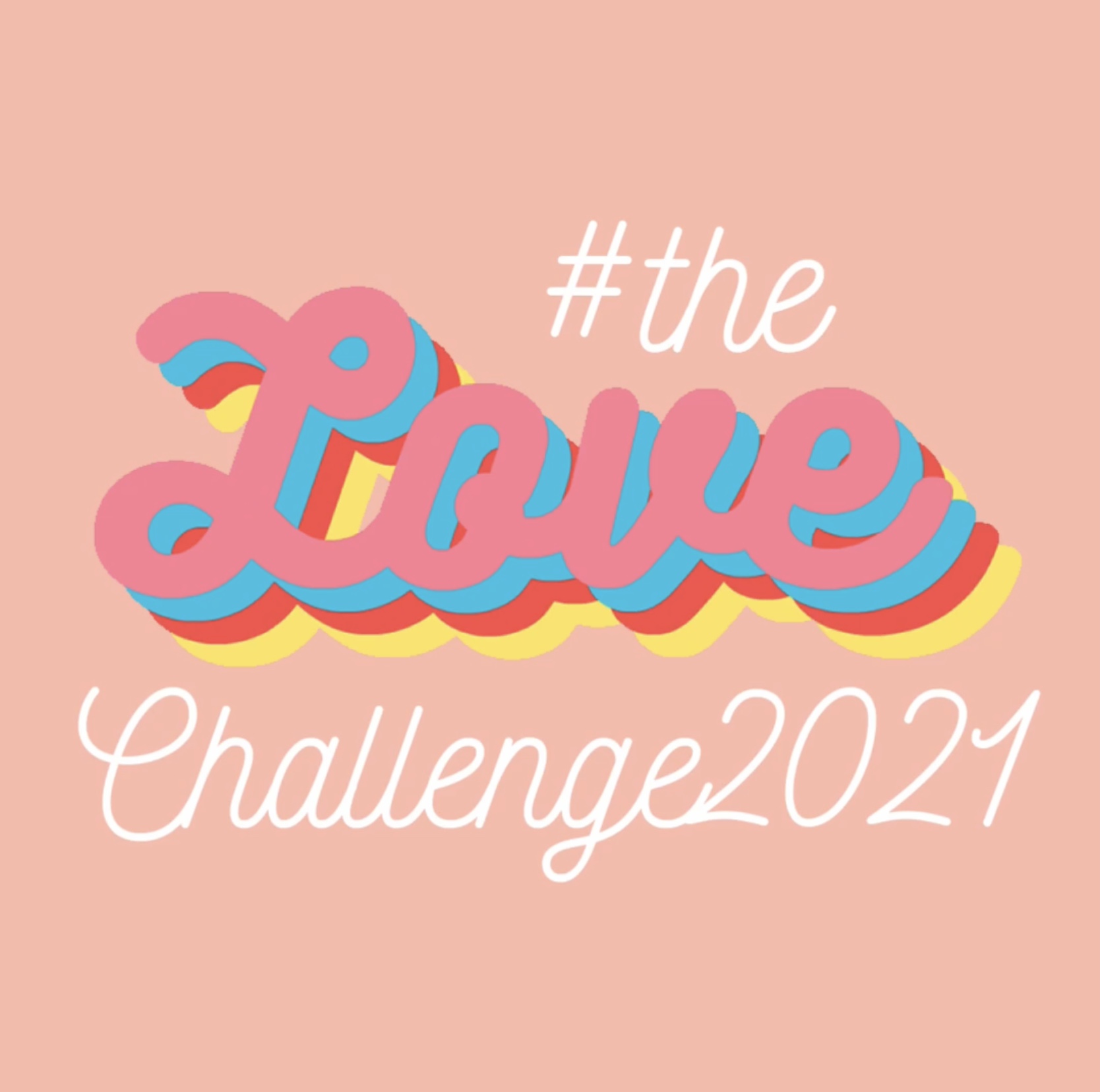 Every Feb. 14th, the calendar accentuates the world’s desire (and need) to be known and loved. But what if we as Believers could be the world’s Valentine? Sounds simple enough, right!? But it isn’t. Enter #theLoveChallenge… Our words and deeds carefully sifted through the fullness of God, sow seeds of God’s mercy, kindness, and LOVE…. 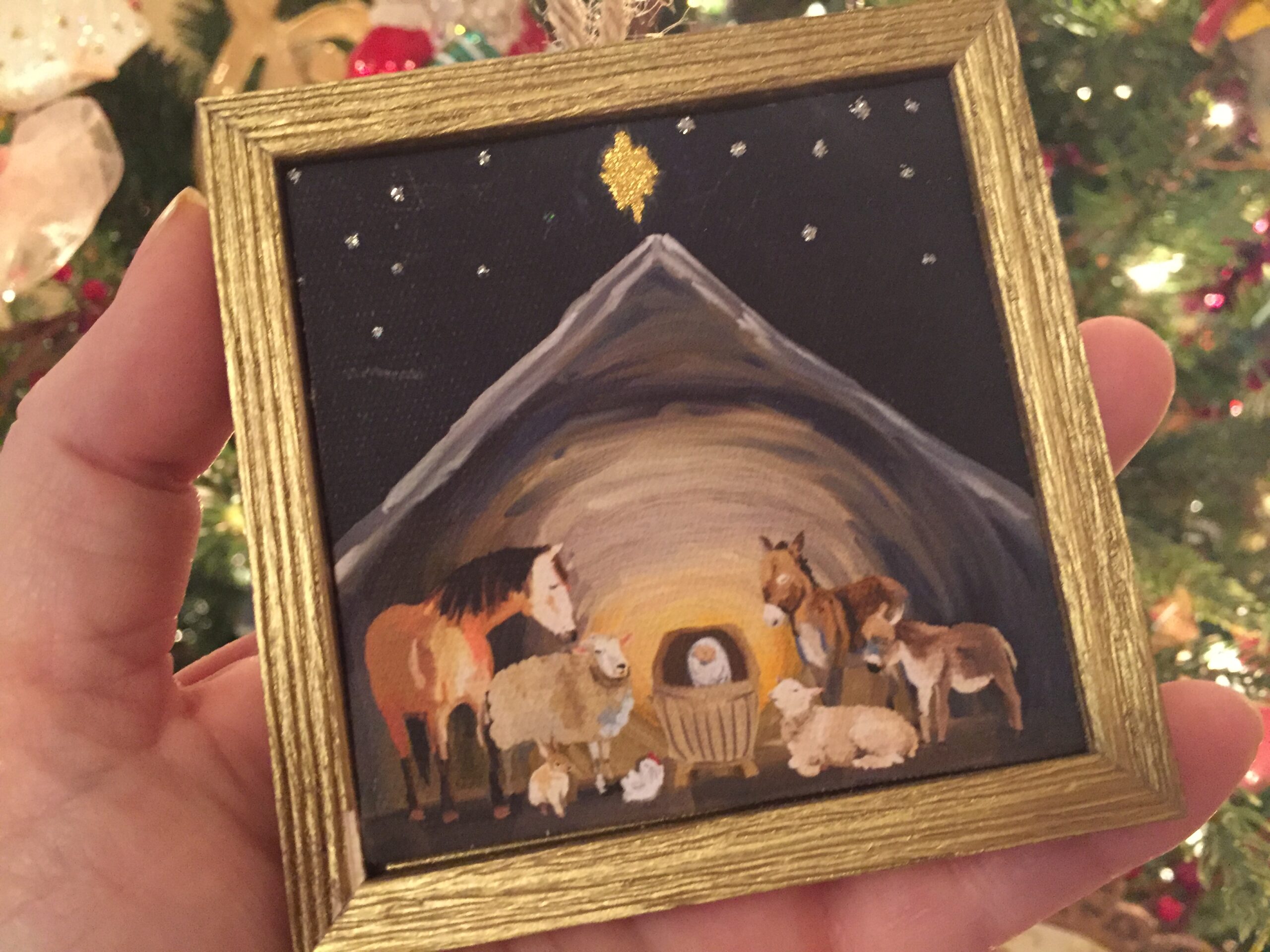 Humility isn’t exactly a characteristic we value much less elevate nowadays… “Humility has a dank and shameful smell to the worldly, the scent of failure, lowliness and obscurity.”* But Jesus came into this world humble in birth and he died on the cross equally in stature. He set the finest example in humility for all… 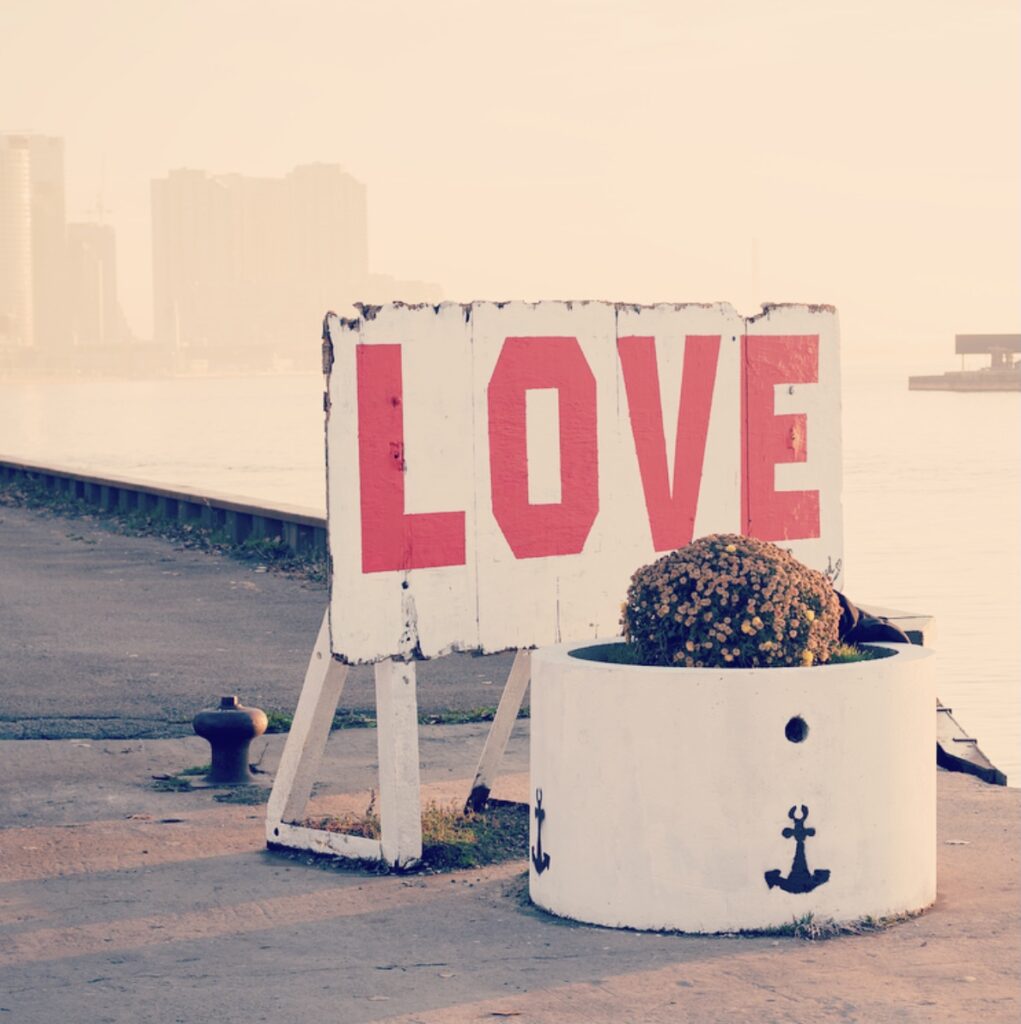 Acknowledge the Reality of Hurt. The reality is we live in a fallen, imperfect world full of messy, broken people and it’s only a matter of time before we are hurt by someone or we inflict pain on another. We are even told in God’s Word that we are to expect trouble in this world…. 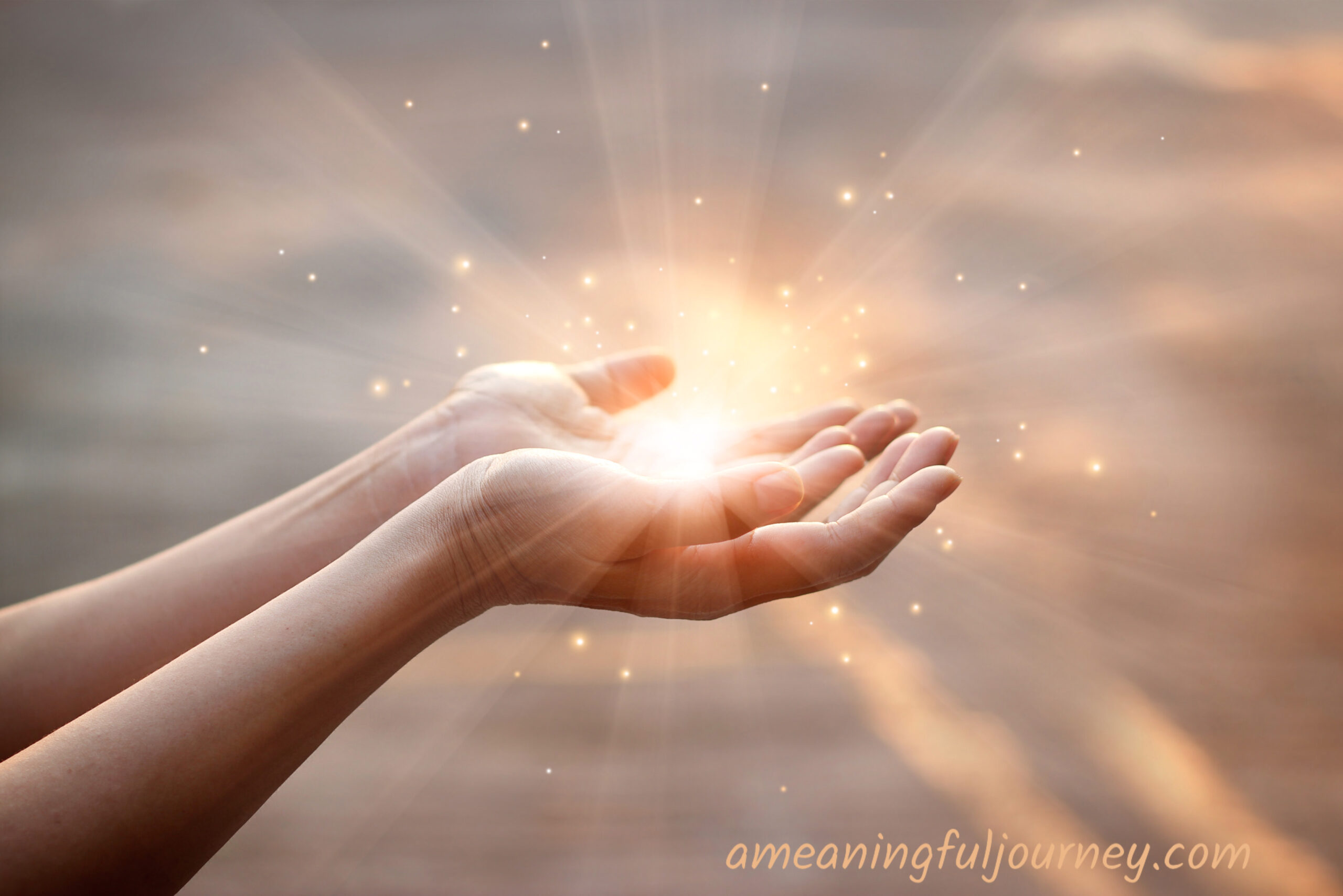 Have you grown weary of all the hate, injustice, anger, and sadness in the world? What if we just loved? What God truly desires is for his children to love Him and to LOVE one another! Imagine. Imagine if you could carry with you, wherever you go, at your very epicenter, a ball of ‘Light.’ A… 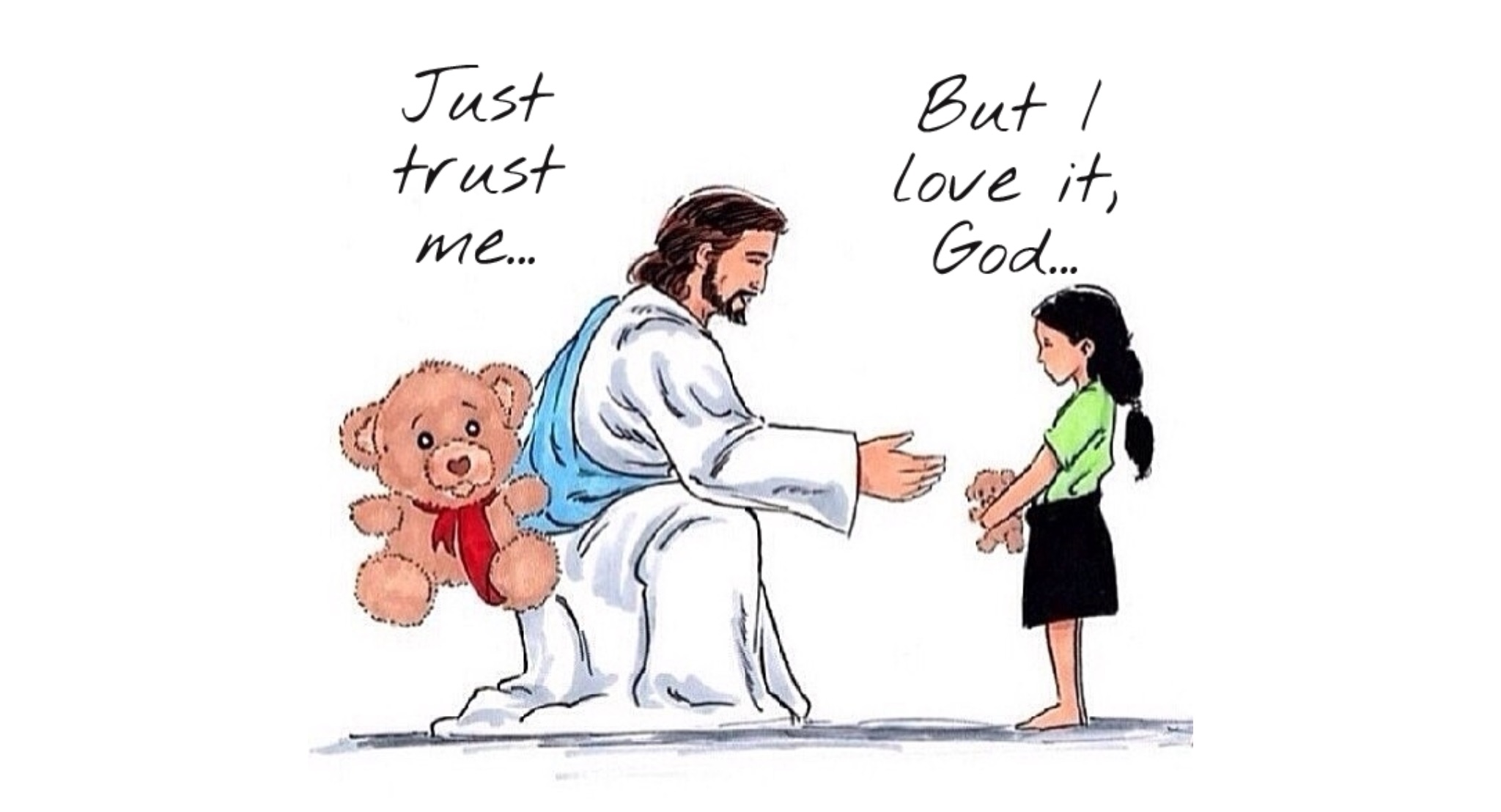 I have always loved this meme. It’s simplicity in truth is profound. As I grieve the closing doors in my life, I’m reminded of this visual. An illustration of a child of God clutching ‘the Gift,’ too afraid to let it go. And my thought was… I’m desperately holding tight to a door yearning to… 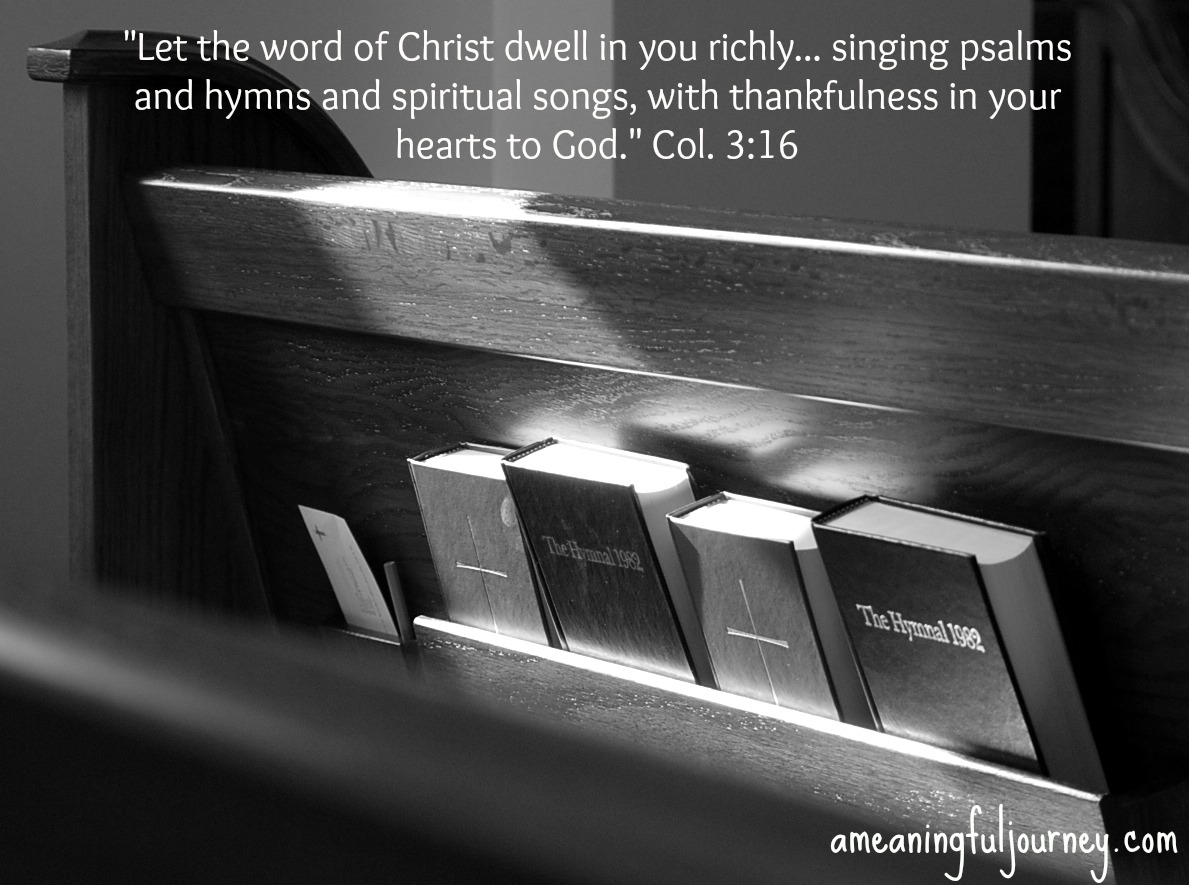 Music educators and church musicians go back in my family about six or seven generations. I could astound you with my ability to describe in great detail the foot pedals of a piano and organ. Further, I could amaze you with descriptions of ALL things floor level of a church stage. You see, the church…